About the tour
Come join me, David, as we see the beautiful Scottish city of Edinburgh through the eyes of J.K Rowling. I'll show you the places where she drew her inspiration, such as the school believed to be the inspiration for Hogwarts, the shops that found their way into Diagon Ally, the graveyard where she got her characters' names and much, much more! Along the way, I'll be asking questions to see who will win the Hogwarts House test! IF you don't know what house you are in, I'll help sort you at the start of the tour.
Meet your guide 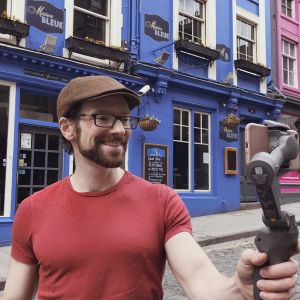 Joined Nov 2021
See Profile
Hello Everyone I have been a tour guide in Edinburgh for 8 years, doing walking tours of both the Old and New town, Castle tours, Horror tours, and Harry Potter Tours. I worked mainly in partnership with SANDEMAN's New Europe and became the most reviewed guide on Trip Advisor (Australian David). During COVID, I started broadcasting my tours live on the streets to an online crowd. I have had so much fun working for an online audience that now in-person tours are back, I still wish to continue being a virtual tour guide. On Viewpal, I will be hosting my Edinburgh Old Town, Edinburgh Horror and my Harry Potter Tour.
History & Archaeology Art & Culture